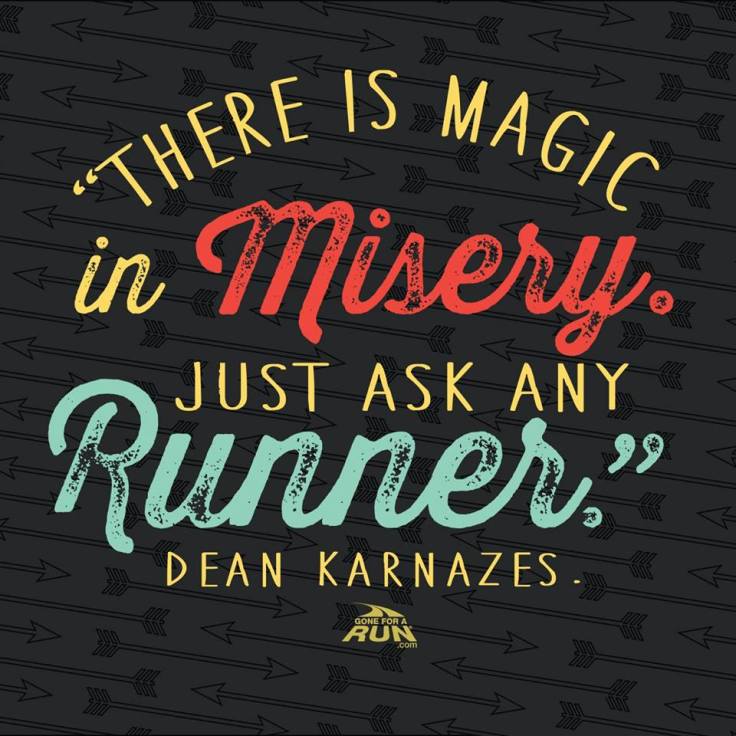 This week has kinda felt like week one of running for me. Those weeks where you just can’t get in a rhythm, can’t get the legs to move like you want, and just can’t find the pep in your step… those weeks only make us stronger, right? I know that it does but it can be hard to accept that at the time.

Last night, I had 4 mile tempo @ 9:00 on the training log. I’ve been doing a mile warm-up and a mile cool-down before/after all of my speed work and I can certainly feel the benefits of it. I ran my usual route because the Bear Creek Trail Greenway is right behind my house; it’s just easy and beautiful, with dirt trails too. There is a .3 mile hill that leads down to it so I always have an uphill to finish on.

As soon as I got to the bottom of the hill, I started noticing them; those things that “bug” the shit out of me when the weather is warm. Clouds and clouds of gnats. They hover above the greenway, and swirl around awaiting your arrival. They weren’t too bad during the first mile, but after that they progressively got worse. The trail gets a little…stinkier as you go too (sewage…gag).

Also, I suck at tempos. I use to be really good at keeping a particular pace, but it has been so long since I’ve even worried about it. I could tell I was running too fast, but I was just aggravated that my Garmin wouldn’t stay put on pace so I could tell how fast I was going; it seems to just jump around the whole time. Instead of constantly looking down, I just went with it and knew I didn’t want to miss the mark; I’d just be fast. Whatevs.

When I turned around at 3 miles, I knew I’d have to endure those cloudy fuckers again. The thought of it pissed me off… It was making the run much harder than it needed to be because I couldn’t breathe without using my shirt to cover my mouth. My gait was thrown off also because I had to use one arm to hold my shirt up. AHHHHHHH!!!! At one point, I stopped and said, “Fuck this!” I quickly started again and just wanted to be finished; that’s why mile 3 was so fast. I still had to get back home, after all.

When I hit a cloud, it’d put my head down and could feel them pelting the top of my head, my sunglasses, my cheeks, and my hand. They weren’t the tiny gnats you might be thinking of… GROSS!!!

When I reached the end and began my cool-down, I was glad to be done and to have surpassed my goal. I had planned to walk up that last hill, but I found some new energy when I hit it. Although I was supposed to be cooling down, I charged up the hill and felt the strongest I’d felt during the whole run. Finding those new pockets of energy, at unexpected times, is magic for me. It spreads over my whole body and almost seems to lift me up (literally) a bit.

Things could worse. I could be injured or sick or in a place where running isn’t safe or possible. 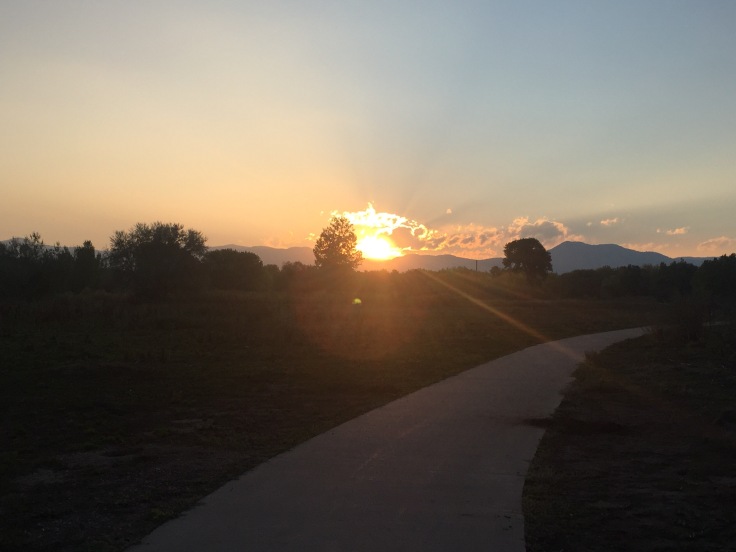 Look at this view?! So lucky to have this right behind my house…

So I’ll just find the magic in the misery and chew on those nasty little winged fuckers. Extra protein.